Eero is one of the biggest names when it comes to consumer mesh routers. The company’s routers are easy to set-up, connect, and maintain, but Eeero is far from the only brand in this space. If you’re looking for an alternative to the Eero craze, these are your best bets.

So easy to use 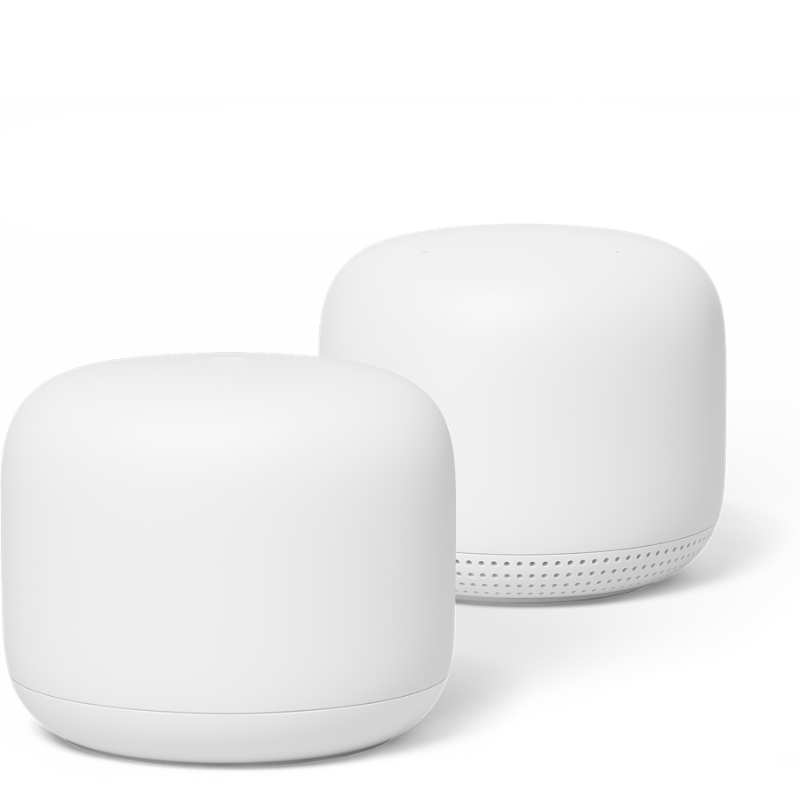 As far as we’re concerned, the best Eero alternative comes from Google. With its Nest Wifi system, Google’s made setting up a mesh network incredibly easy without sacrificing speed or features. Setup is handled through the fantastic Google Home app, and this bundle gives you a primary router and mesh point for up to 3,800 square feet of coverage. You’ll get speeds up to 2.2Gbps, both 2.4GHz and 5GHz frequencies are supported, and the mesh point even doubles as a Google Assistant speaker. 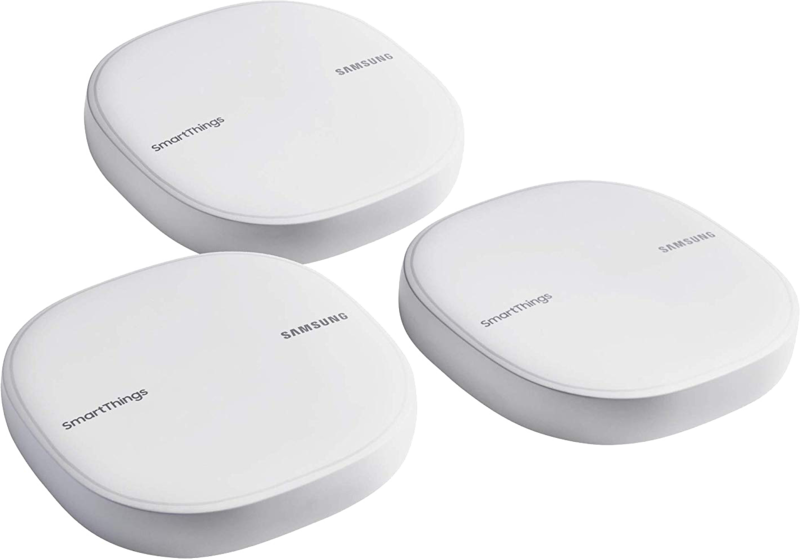 Samsung’s SmartThings mesh routers work similarly to Nest Wifi. You can buy just one or three to get 4,500 square feet of coverage (that’s the configuration we’re featuring here). We like that there’s a feature that hops between Wi-Fi channels for you, so you always have the fastest speeds possible. Where things get really interesting, however, is when you consider that the router also doubles as a SmartThings hub! So, if you have SmartThings light bulbs, doorbells, cameras, etc., they can all connect to your router as the central hub for everything. 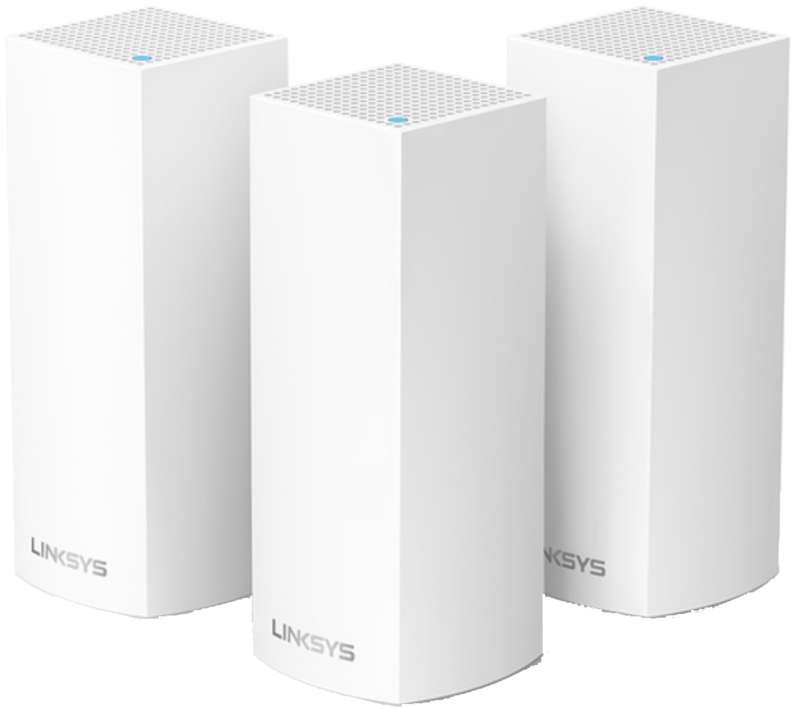 That’s all fine and dandy, but what if your primary concern is with blanketing your house with as much possible Wi-Fi coverage that you can get? If that’s the case, the Linksys Velop system is probably for you. It’s ideal for large households (five or more bedrooms) and comes with a range of up to 6,000 square feet if you get the three-pack. Setup is handled through the Linksys mobile app which also provides controls for parental controls, guest access, and more. 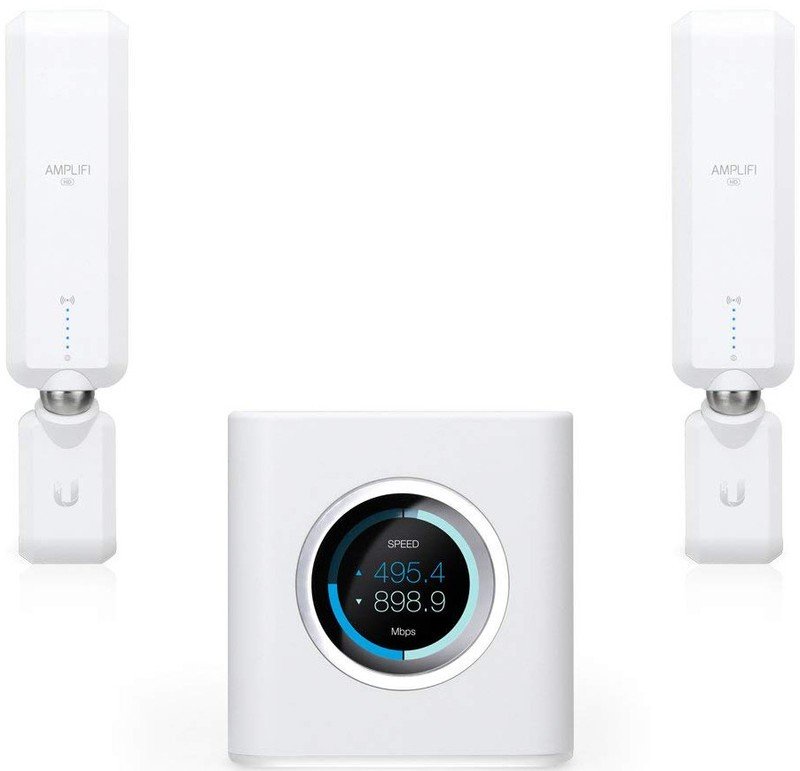 Without a doubt, the AmpliFi HD is one of the most eye-catching mesh router systems we’ve seen. While the two mesh points have a pretty common design, the primary router station has its own touchscreen for showcasing your network’s current data speeds and controlling some settings. Setup takes as little as five minutes, you get coverage up to an impressive 10,000 square feet, and the AmpliFi app allows you to control and monitor your network with ease. 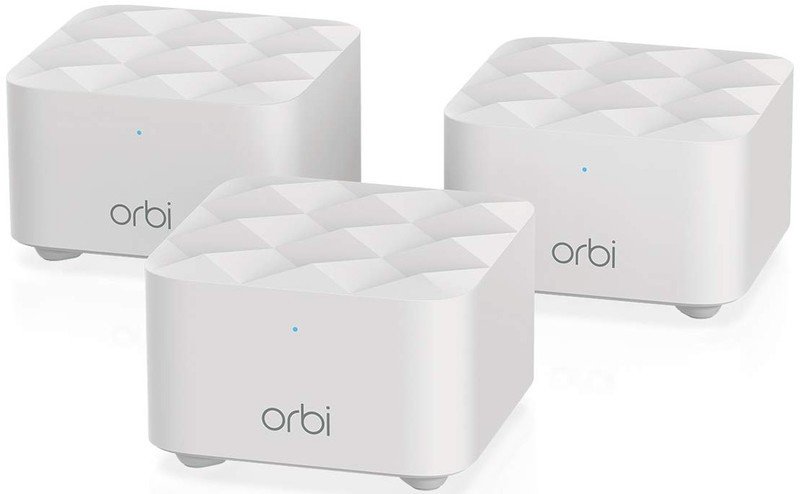 Netgear is one of the most iconic names when it comes to consumer networking tech, and its Orbi mesh system is another great choice if you don’t want to go the Eero route. This dual-band system is especially interesting, offering up to 4,500 square feet of coverage and 1.2Gbps download speeds at a fantastic price. Parental controls are available, but you’ll need to pay a monthly fee in order to access them. Netgear also offers advanced cyber threat protection, but this is another premium service you’ll have to pay for. 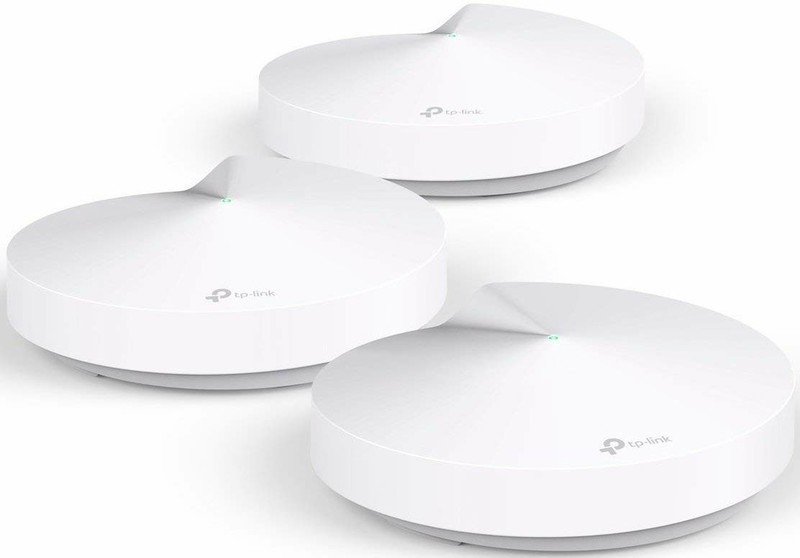 Last but certainly not least, we have the TP-Link Deco. This is the most affordable option on our list. And while it may not be the most potent mesh router system around, it still gets a lot of things right. The Deco delivers coverage up to 5,500 square feet and can support more than 100 devices at once. You’ll also find enhanced network security features, parental controls, content filtering, and more. The design isn’t the most flattering out there, but in regards to functionality, the Deco soars.

If we’re making some suggestions 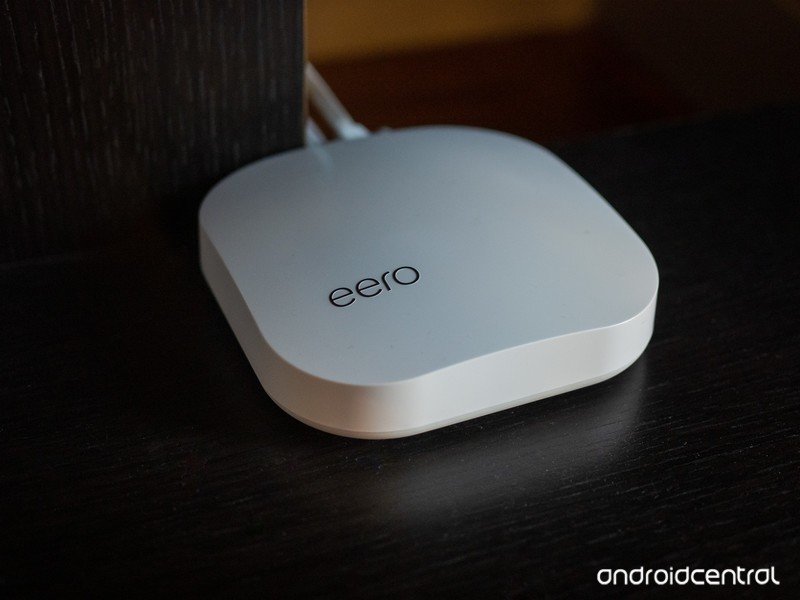 Of all the six mesh routers listed here, we think most people will be pleased with Nest Wifi. It’s relatively affordable, offers incredible speeds/coverage, and is ridiculously easy to set up in just about any home. Simplicity and routers rarely go hand-in-hand, so we greatly appreciate just how straightforward Nest Wifi is. Not to mention, having this also act as a Google Assistant speaker is just icing on the cake.

For those of you with unusually large homes that need as much coverage as possible, the AmpliFi HD is hard to ignore. While you’ll need to spend a good deal of money to reach the max range of 10,000 square feet, it’s the undisputed leader for blanketing your house with as much Wi-Fi as possible.

Last but not least, another router we urge you to check out is the Samsung SmartThings Mesh Router. Its 4,500 square foot of coverage matches that of the Google Wifi, but it has the benefit of also acting as a smart hub for Samsung’s SmartThings ecosystem. While that won’t matter to everyone, that could be a big selling point for smart home enthusiasts.