The Huawei P30 Pro is a hard act to follow. It had everything we wanted from a phone, from slick design and beautiful colors, to a trendsetting camera and, of course, Google Play installed.

It successor, the Huawei P40 Pro, is now here. Despite trying times for Huawei, the new phone manages to push technical boundaries, particularly with its camera. It also challenges the established method of discovering and downloading the apps we want.

I could go on with technical details, but here’s what you really need to know. This phone just feels right. From the astonishingly silky texture of the body and velvety smooth software, to the delightful screen and cracking camera, the Huawei P40 Pro is an outstanding phone.

The P40 Pro adheres to Huawei’s preference for designing the P-series phones around the massive camera. The chassis is metal, while the front and rear are covered in glass. My review model, pictured below, is in a color called silver frost, which has a matte finish on the back. It’s exceptionally effective at reducing fingerprints, yet captures light in an attractive way. The matte finish also comes in gold, and you can choose between ice white, black, or deep sea blue hues without the matte finish.

I said the P40 Pro just feels right, and I meant it. The curved edges flow between screen and rear panel, reducing fatigue on your palm when holding the phone for long periods. That design is repeated on the top and bottom edges. This makes swiping comfortable, especially when swiping up from the bottom of the screen, which is crucial to using the gesture control system. To give the edges some protection, the metal chassis extends up over the tips of the glass. Still, this isn’t a phone for clumsy hands.

The 6.58-inch screen has a 2640 x 1200 pixel resolution, a 90Hz refresh rate, and looks fantastic. The curved glass flows in a way I’ve not really seen before. It’s more pronounced than the Apple iPhone 11 Pro and the Samsung Galaxy S20 Plus, but less so than the Huawei Mate 30 Pro.

Huawei says the screen is engineered to resemble surface tension on water, where a liquid threatens to overflow out of a cup, but never quite breaks the surface. It’s a perfect analogy for how the screen looks from all angles. It’s unique, eye-catching. and, in my experience, makes the phone less taxing to use for long periods of time.

Though heavier than the Galaxy S20 Plus, the P40’s weight is well distributed despite the large camera bump on the back. It never feels top-heavy or ready to topple out of your hand. The in-display fingerprint sensor is 30% larger, and also faster than the P40 Pro’s sensor. The dual-sensor selfie camera now has an IR sensor, so face unlock is similarly improved. The P40 Pro has an IP68 water resistance rating, too.

The camera is why I look forward to a new P Series phone. The P40 Pro has a massive 1/1.28-inch 50-megapixel Ultra Vision RYYB main sensor, a 40-megapixel wide-angle sensor, a 12-megapixel telephoto sensor, and a time-of-flight sensor too. Experts Leica have worked with Huawei to tune the sensors, lenses, and software. It’s all powered by a new third-generation image engine with artificial intelligence (A.I.), which takes shots before, during, and after you press the shutter button, and then optimizes the scene pixel-by-pixel at all focal lengths.

When you use the P40 Pro’s impressive 5x optical zoom, the A.I. Image Engine clears up the image, resulting in more detail and better clarity. It reduces the sometimes overly digital look of zoomed-in photos. There’s a new autofocus system as well, with eight separate points of focus per pixel, resulting in better focus on moving objects.

That’s all before exploring what the new XD Fusion Engine can do when it works with the image signal processor (ISP) and neural processing unit (NPU). This lets you crop images without losing clarity, whether it’s during the daytime or on shots taken with the revised Super Night mode. A.I. can even remove unwanted people from your shots, or reflections from windows. 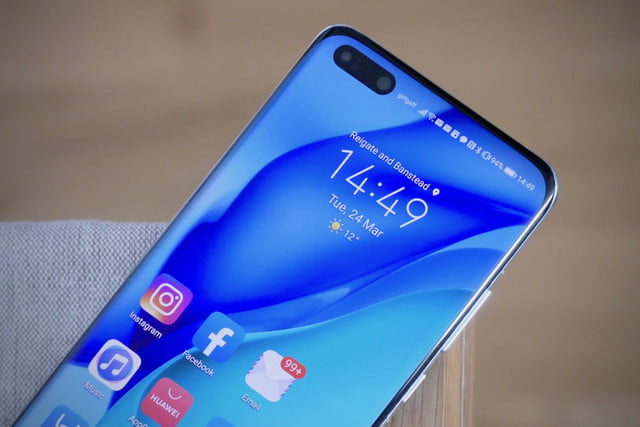 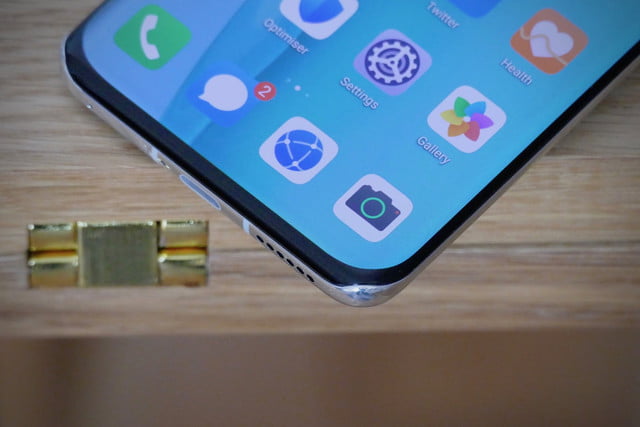 Unfortunately, the P40 Pro has arrived in my hands at a time when I, like many others, have limited access to the outside world. That left me with few opportunities to truly test the camera’s limits. I did notice that sunny outdoor photos look clear and aren’t overly saturated, while photos taken in aperture mode have excellent edge detection. When moving between wide, standard, 5x, and 10x zoom there are inconsistencies in exposure, dynamic range, and color; but this is a known issue on all phones with multiple lenses, and not unique to the P40 Pro. 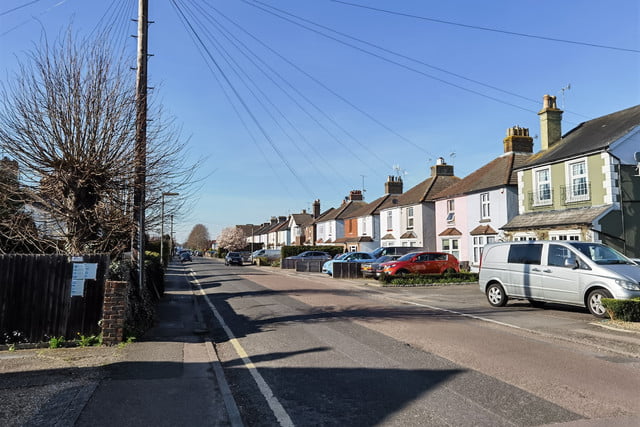 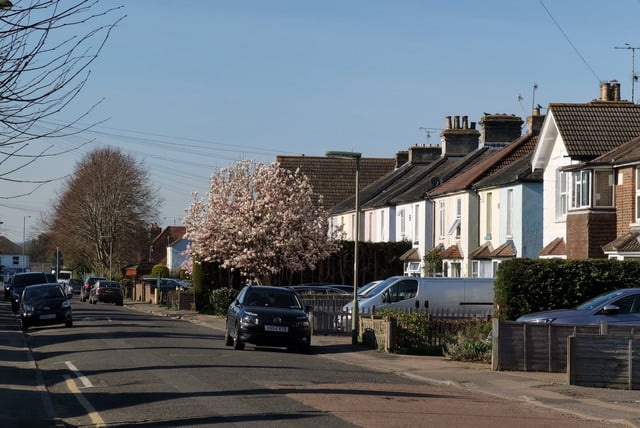 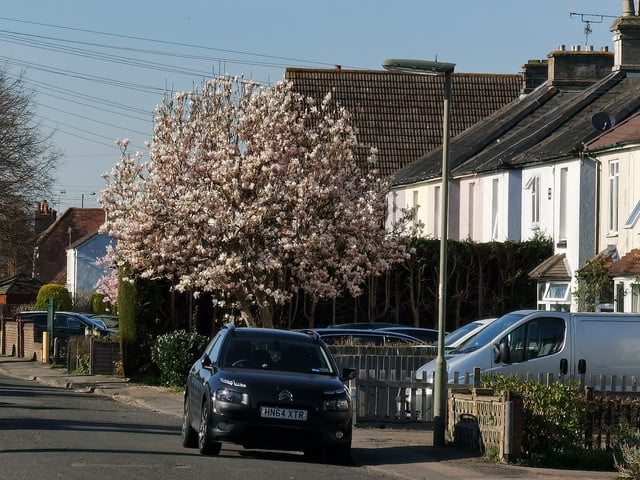 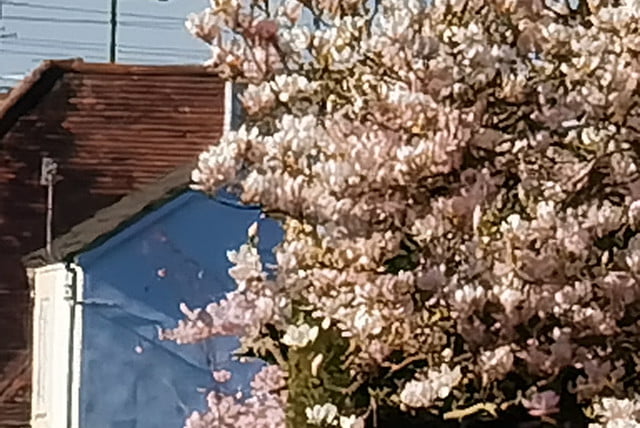 I was blown away by how well the A.I. Image Engine can clear up shots at high levels of zoom. Improved sharpness is immediately noticeable in images shot at 5x optical and 10x hybrid, and the A.I.-assisted stabilization keeps everything steady. However, the software still needs work. Night Mode, usually a Huawei high point, doesn’t take great photos yet, and lowlight images look much better when shot in standard photo mode. 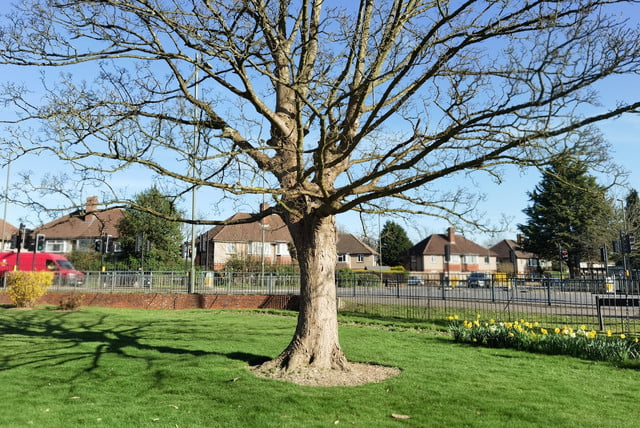 What about the A.I.’s ability to remove people and reflections? In a bizarre turn of events, taking photos with actual people in them during my short time outside has proven complicated. Still, I did try the reflection removal feature, with mixed results. My attempts to photograph glass bottles didn’t lead to perfect results, but the A.I. certainly removes some reflections, if they’re subtle.

The P40 Pro does improve on the P30 Pro,and the Mate 30 Pro, and I haven’t yet been able to properly test out its large sensor to its limits, and my early review model will definitely benefit from a few software tweaks to improve Night Mode. If the P40 Pro isn’t enough, Huawei has upgraded the camera on the new P40 Pro Plus. More on that in a moment.

A Kirin 990 processor and 8GB of RAM power the P40 Pro seen below, and 5G is standard. A 4,200mAh battery is found inside, charged by a 40W system over wired and wireless options.

Huawei’s EMUI 10.1 is installed over Android 10, but it’s the open-source version, and doesn’t come with Google Mobile Services. I used the Phone Clone tool to transfer apps and settings from another Huawei phone, a process which took only moments.

Using the P40 Pro redefines the concept of slick. EMUI 10.1 paired with a 90Hz screen couldn’t be any smoother. Every fade, every app animation, and every slide or scroll of a screen is a pleasurable, perfectly smooth experience. It’s further enhanced by the feel of the screen under your finger, and the performance of the Kirin 990 chipset.

The absence of Google Play is not as serious as you may think. I have a high percentage of the apps I need on the P40, obtained from Huawei’s App Gallery, the Amazon App Store, and APKs, as well as by using the Phone Clone tool. However, there are no banking apps and no contactless payment systems like Google Pay, and you have to rely on the browser for more tasks than before. It’s not an insurmountable problem from phone enthusiasts. Everyday users, however, may be confused.

Huawei’s HiVoice voice assistant finally has a name in EMUI 10.1. Meet Celia, who wakes with a short press of the power button, or by detecting your voice. You can perform actions like asking the weather, setting reminders, or sending an SMS. The voice is clear, and the always-listening microphone picks up the wake command well. But like all voice assistants, it’s not something I’d use very often outside of the house.

The P40 Pro is not the top P40 Series phone you can buy. Huawei also has the P40 Pro Plus, which promises an even better camera. Huawei describes it as “the most complete smartphone camera system, ever.” It has five lenses on the back, featuring the same 50-megapixel and 40-megapixel standard and wide lenses as the P40 Pro, plus a pair of 8-megapixel lenses for telephoto duties.

This gives it the first-ever dual optical zoom camera lens system on a phone, offering 3x optical and 10x optical zoom, with smooth transitions between the two lenses as you zoom in. The camera system also has a time-of-flight sensor and optical image stabilization on every lens. It’s all cutting-edge hardware.

The P40 Plus’s screen and power are the same as the P40 Pro’s, but it does come with a ceramic back panel, providing better scratch protection. It’ll be available in black or white. I haven’t had the chance to use the P40 Pro Plus yet, but the promise of an even better camera wrapped in a ceramic package is tantalizing.

Huawei also announced the P40. It has a 6.1-inch screen with a 2340 x 1080 pixel resolution, but without the 90Hz refresh rate. It shares the same Kirin 990 processor and 5G connection as the Pro models. It misses out on the IR sensor in the selfie camera and offers a IP53 water resistance rating rather than IP68. The camera is different, with the bump itself resembling the P30. It has a 50-megapixel main lens, a 16-megapixel wide angle, and an 8-megapixel telephoto lens with 3x optical zoom. Inside is a 3,800mAh battery without wireless charging.

There’s no question the Huawei P40 Pro is a true 2020 flagship smartphone, from the beautifully crafted shape to the impressive camera. However, I have a feeling the P40 Pro Plus will be even better. That isn’t to belittle the P40 Pro. The shape, screen, and performance all make it worthy of attention.

I’m most impressed by the P40 Pro’s refinement. The software is great, the in-hand feel has evolved over the Mate 30 Pro, and the camera is a technical marvel. It leaves many of the devices from its direct competitors — all vying for supremacy in Europe following Huawei’s loss of Google Mobile Services — in its dust.