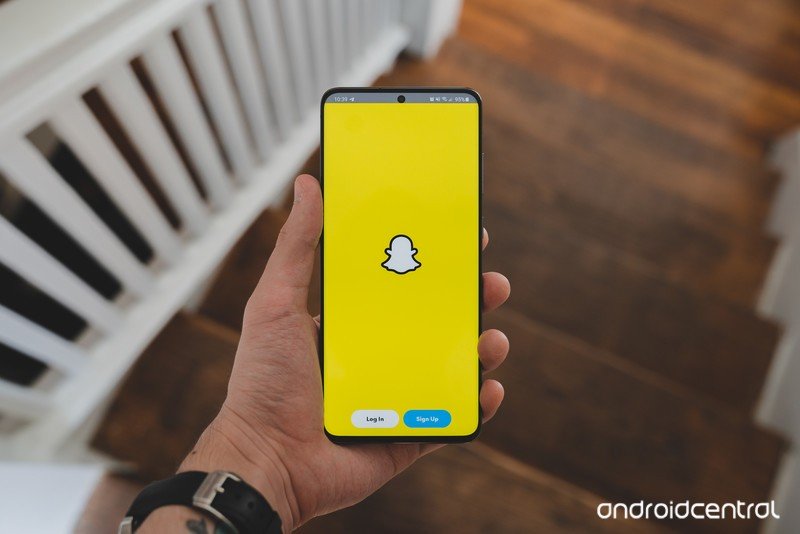 Snapchat is a fun way to keep up with your friends — everybody loves sending ephemeral photos and videos these days, and Snapchat is the platform that largely started the trend. But every so often, users run into trouble signing in, which can be especially frustrating on an app like Snapchat that gamifies ongoing conversations with Streaks. Luckily, there’s usually a simple solution in place, and we have a few things you should look out for, should you run into any issues.

Phone used in this guide 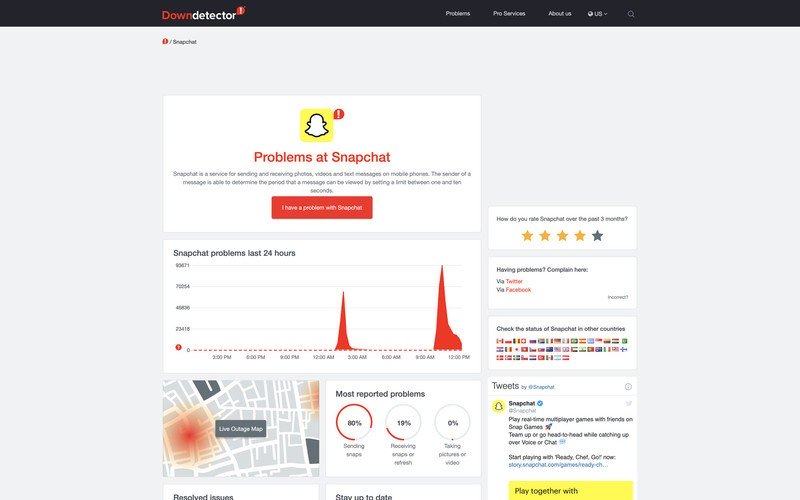 If you’re having trouble signing into your Snapchat account, the first thing you should do is check if Snap’s servers are down. There are plenty of sites that report on site and service outages; for this example, we’re using Downdetector.

You can look up the status of any service using Downdetector’s search bar, but one of its conveniences is that the site highlights the latest outages directly on the homepage. You can see a basic timeline of outage reports from the homepage, and clicking on the service takes you to a more detailed page with specifics on the particular problems users are having and how many people have reported them. 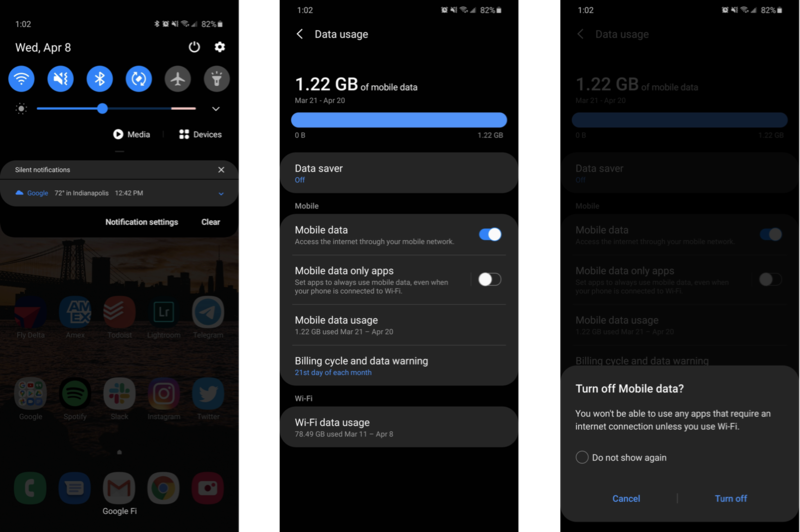 If Snap’s servers are up and running but you still can’t sign in, it could simply be an issue with your data connection. Toggling airplane mode on and off generally fixes this, as it temporarily disables both Wi-Fi and mobile data, but if you’d rather toggle each connection manually, the process is still fairly simple.

Swipe down from the top of your phone’s screen to access the notification shade.
On most phones, you’ll see a quick toggle button for your Wi-Fi at the top of your notification shade. Tap it to turn Wi-Fi off, wait a few moments, then tap it again to reconnect.
To restart your cellular data connection, open your phone’s Settings app.
Tap the search button at the top of the list and type “mobile data.”
Tap the search result of the same name, then tap the toggle next to the menu item to disable mobile data.
Tap the toggle once more to re-enable your data connection.

It’s a tried and true joke amongst sarcastic troubleshooters, but restarting your phone really can be the necessary fix sometimes. It gives your phone a chance to shut down any unneeded background tasks and even takes care of restarting your network connections for you. Give it a try — you’ve got nothing to lose, and you could wind up with a fully functioning Snapchat app.

A deeply personal service like Snapchat requires a commitment to security, and for that reason Snap Inc. isn’t a fan of modified experiences. Rooted phones and VPNs are a nonstarter with Snapchat, and third-party apps and plugins are equally discouraged.

Snap’s site lists a few examples of unauthorized third-party apps; in general, it’s a safe assumption that if you’re using anything but the official Snapchat app from the Google Play Store, you’ll run into trouble signing in and using Snapchat.

Finally, be patient. Generally speaking, the issue is likely on Snapchat’s side, which can be frustrating, but there’s nothing you can do besides wait. Maybe try Instagram — it stole Snapchat’s best features, anyway.

Phone used in this guide

The S20+ has a lot going for it, but one of its biggest perks is its triple camera system, which lets you take standard, ultra-wide, and telephoto shots in seconds. You also get a huge screen for viewing friends’ Snaps and crafting your own — this is a fantastic media machine.

Amazon Prime Day is one of the biggest shopping days on the internet. Second only, perhaps, to Black Friday and
Read more
How to

Save time and paper by electronically signing your documents. Here's how to do it using free and premium apps.
Read more
How to

How to add a boarding pass to Google Pay

Mobile wallets can be a great software solution and alternative to having to constantly wield a pocket full of documents. The likes of Apple Pay, Samsung Pay, and Google Pay initially offered a unique way to utilize your smartphone to replace physical copies of your debit/credit cards and make payments via NFC.However, as it usually goes with technology, new needs add to innovation. Google Pay and Apple Pay have slowly been expanding their respective mobile wallet apps to also support public transit and gift cards.Now you can even store away your flight information into Google Pay. Yep, your boarding pass for that next flight out of town can be saved on your phone for quick access or need to open another app. Get in line to board and Google Pay can have your boarding information and QR code readily available.How to add a boarding pass to Google Pay?There are a couple of different ways to add a boarding pass to Google Pay. First, we’ll cover how to allow Pay access to emails to try to add it automatically. We’ll show you how to add it manually to make sure you always get it right there where you need it.AutomaticLet’s start with the option to give Google Pay a chance to search through our emails:Open the app tray and open Google PayTap the hamburger menu in the top-left cornerThen the Settings optionFind and select GeneralToggle Gmail Imports to OnConnect to Gmail and choose your account 1 of 5 That’s all you need on this setting to get Google Pay to automatically import boarding passes into your wallet from Gmail. Unfortunately, airlines are slow to adopt, and only a few options have implemented this feature thus far. That brings us to the more safe and assured option of using a screenshot.ManuallyWith this, you will take the boarding pass image provided by either email or SMS to magically import it into Google Pay manually:Open image of the boarding passUse the volume up and power key combination to take a screenshotExpand the notification from the screenshotSelect Add to Google Pay in the notificationClick Save to Google Pay on the next screen 1 of 5 Role call readyNow you should be able to access your boarding pass from the Passes toolbar option in Google Pay or the new Power Button Menu on Pixel phones.It should be noted that this tutorial is a step-by-step for Google’s build of Android on Pixels. Other phones may not have the same success with these steps, but “stock” manufacturers like OnePlus, Moto, and Nokia should be relatively similar.
Read more