Home News From the Editor's Desk: OnePlus, growing up and keeping your soul
News

From the Editor’s Desk: OnePlus, growing up and keeping your soul 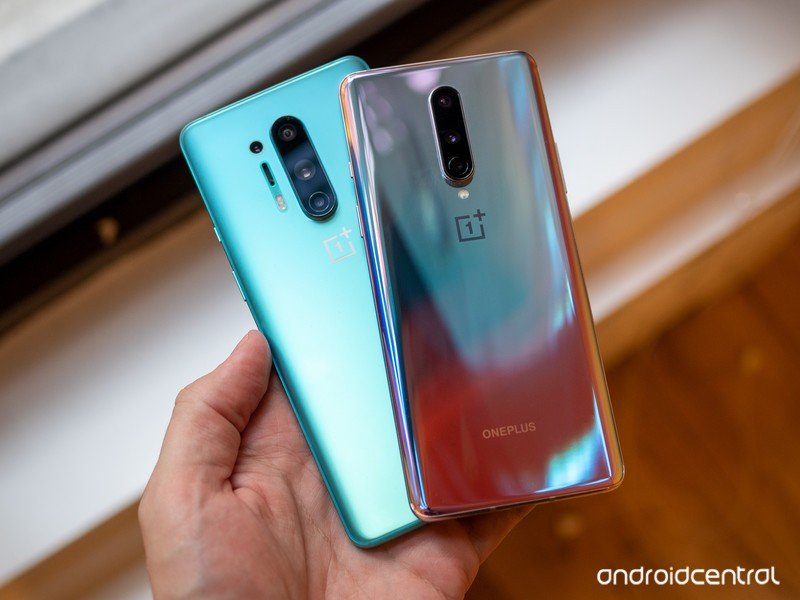 Is it possible to grow and flourish in the smartphone industry — or indeed any industry — without selling your soul?

OnePlus was once the darling of smartphone enthusiasts. But as the company has grown over the past half-decade, culminating in the recent launch of the OnePlus 8 series, it’s faced accusations that it no longer represents the core fans who helped build its brand.

Let’s start by contrasting the OnePlus of old with the company that we know today. Back then, you needed an invite to even be able to buy a OnePlus phone. The first phone ran CyanogenMod, the custom ROM of choice for many an Android nerd, back when that sort of thing was more mainstream. And above all else, buying OnePlus in 2014 meant you got tip-top flagship specs — that all-important Snapdragon 800 processor — for a whole lot less than the competition. OnePlus was all about giving you those lustworthy specs and vanilla Android software at a price that was way more accessible to a lot of people. That alone was the initial value proposition that set the company apart.

That’s a far cry from the larger, and far more successful company that exists today — with its carrier deals, flashy launch events, multiple devices per year, limited edition McLaren-flavored variants and the occasional concept device. In its home market of China, OnePlus even sells TVs. OnePlus has grown up, its phones are more expensive, and as a result, to many people, it looks like just another big manufacturer. What used to be a small, scrappy upstart catering mainly to smartphone enthusiasts (and whose success depended on keeping the nerds happy) has, according to some, become just another big brand selling expensive phones that most people will end up buying on contract.

So is that a fair criticism? And if you’re the kind of person who was all over the OnePlus One six years ago, should you feel let down or even distrustful of what the company has become today?

Let’s start with an example of where OnePlus’s newfound scale in the late 2010s actually made things better for those enthusiasts: the company’s exemplary track record for software updates. A couple of years back, OnePlus joined the Android beta program, and pushed out upgrades to Android 9 and Android 10 faster than just about anyone else. Now granted, Android itself is a different beast compared to five years ago, thanks to endeavors like Project Treble. But if you look at what the much smaller OnePlus achieved in 2015… well, let’s just say that OnePlus One and OnePlus 2 owners were in for a much, much longer wait for those OTAs.

At the same time, OnePlus’s phones have some of the longest support lifespans in the Android world. A new OnePlus 8-series device is supported for platform updates through until 2022, and security patches until 2023.

That’s all well and good for unlocked OnePlus owners, but the fact that the company now deals with carriers means it also has to play by their rules for network-branded phones. Consequently, updates for those variants are often much slower. The most egregious example: Android 10 for the EE OnePlus 7 Pro 5G, which arrived more than five months later than its 4G counterpart. Few brands can get involved in the carrier system without one or two compromises.

Let’s look at the nature of that software for a second, because that’s another important factor in the soul of OnePlus. Ever since the OnePlus 2, the company’s OxygenOS platform has delivered speedy performance and thoughtful features on top of a largely vanilla-flavored variant of Android. OnePlus fans have also played a significant role in determining the direction that the software goes. And it’s been thanks to that ongoing conversation between fans and OnePlus that we’ve gotten features like Zen Mode for digitally detoxing. In more recent phones like the OnePlus 8, the new OnePlus Laboratories area showcases new features suggested by fans that aren’t quite ready for prime time yet. 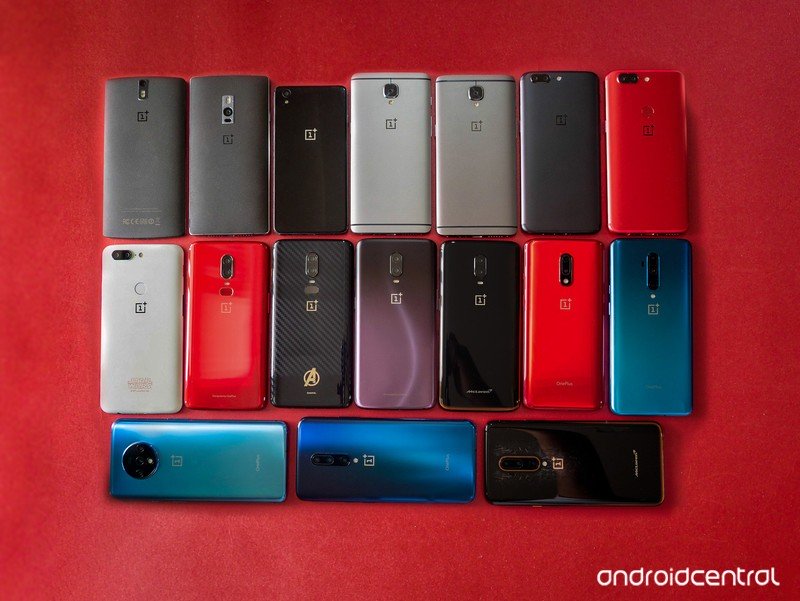 OnePlus’s fans continue to guide the direction of its phones.

The OnePlus fan phenomenon was also alive and well at the brand’s various launch events in 2019, with fans taking up a significant chunk of space at the kind of event that’d normally be reserved for industry partners, media and analysts. The same can be seen at the heavily-attended popup events that gave fans the chance to snap up new OnePlus phones before the street date. Die-hard OnePlus fans were still around and willing to queue up, iPhone-style, for the new hardware.

True, OnePlus started out as a small niche player, but nobody gets into any business, especially the smartphone business, to stay small. And the way you get big in the smartphone space is by branching out and courting carriers, because that’s where most people still buy their phones. Physical shelf space is vital in reaching that critical mass of customers.

That doesn’t mean OnePlus has abandoned its core fanbase. Those people continue to guide the direction of its products. It’s just that the resulting phones now sell further and wider than before.

But why have OnePlus phones’ prices steadily increased over time? Well, partly that’s just been a trend in the industry over the past few years — because phones do much more these days. And when previously it was possible to slap the latest Snapdragon into a barebones plastic case and at least break even at $299, now the expectation is you’ll have multiple cameras, features like fast charging, in-screen fingerprint and wireless charging, and now 5G connectivity. That’s all extra on your bill of materials, even if excluding the R&D that goes into developing that stuff — especially the really hard parts like computational photography. 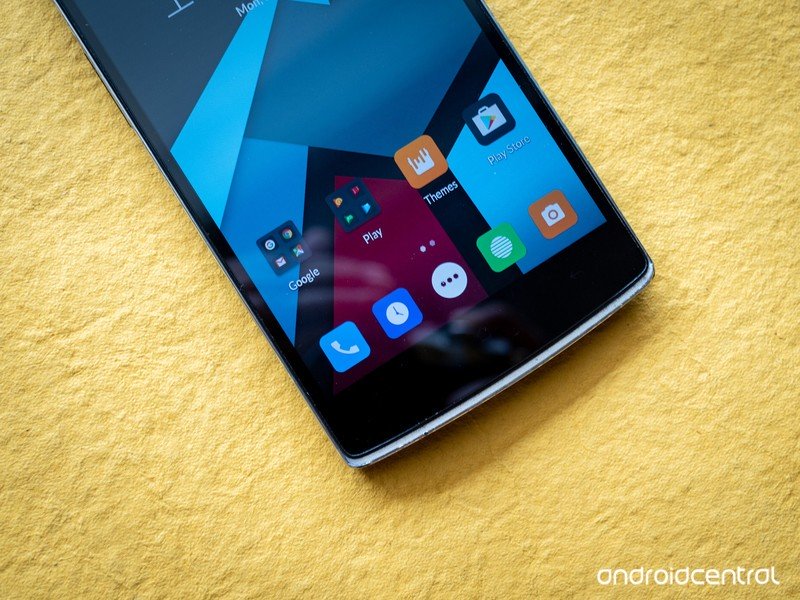 You might say “who needs all that stuff?” Capacitive fingerprint sensors are fine. Maybe you can deal with only wired charging and one or two cameras. But again, sticking to small and niche is not how you grow your brand. The steady increase in sales of OnePlus phones, and the growth of carrier partnerships in countries like the US — shows that when it puts these extra goodies in a phone, there’s an audience ready and waiting to snap it up.

That goes hand-in-hand with OnePlus becoming a larger organization with a bigger operational side and marketing budget to support. Robert Downey Jr doesn’t work for free.

OnePlus has always played down the importance of price to its flagship phones. While the ludicrously low prices of the OnePlus One and OnePlus 2 served as the starting motor for the company, its success has been sustained by more traditional smartphone things like software, performance design and good old-fashioned brand cachet.

OnePlus isn’t making phones like the One or the 2 anymore. And honestly, that’s mainly a good thing. It couldn’t provide the kind of software and support it does now if it was only selling a niche number of phones to a small niche of nerds.

As startups grow into big multinational companies, it’s only natural to look back on the good old days, when things were simpler, scrappier and in OnePlus’s case a whole lot cheaper. But in doing so it’s easy to overlook the progress that’s been made, not just in terms of the quality of the phones, but the support that goes along with it.

OnePlus has grown up, but in my opinion, it hasn’t lost its soul just yet.

The OnePlus 8 Pro is an impressive and well-designed smartphone that doesn’t upend the traditional OnePlus formula, so much as extend it to its logical place in the 2020 canon: more features, higher price. With the addition of an impressive primary camera, waterproofing, and wireless charging, OnePlus has finally checked all of the boxes on its spec sheet.