Home News Should you upgrade from the Galaxy Watch Active to the Active 2?
News

Should you upgrade from the Galaxy Watch Active to the Active 2? Filling in the blanks 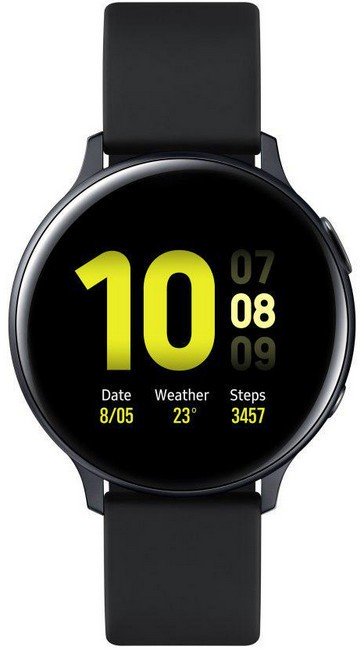 Sometimes upgrades miss the mark. Fortunately, that’s not the case with the Galaxy Watch Active 2. It improves existing sensors with faster and more accurate readings plus some other new perks that fill in the blanks left by its predecessor. 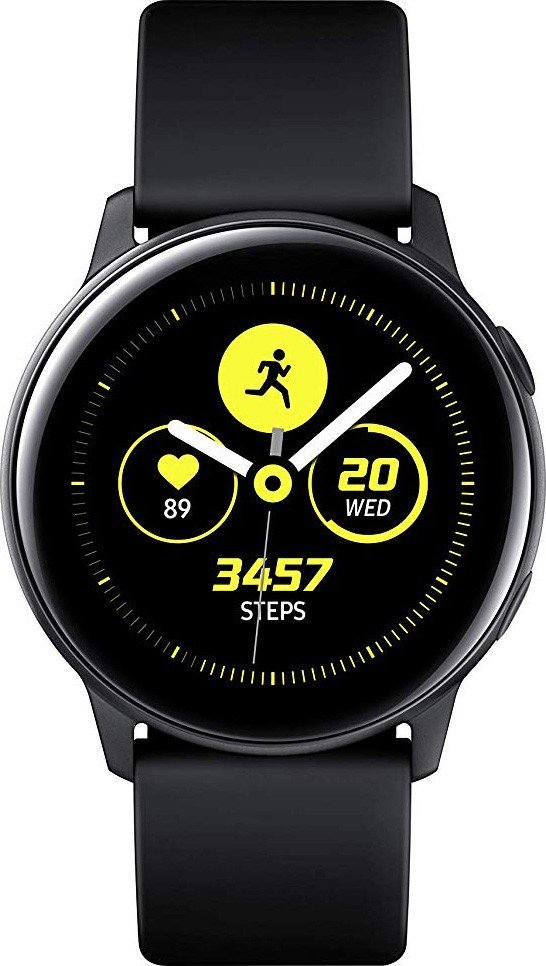 If you’re a true techie, you probably look forward to device updates and the release of new models. The original Samsung Galaxy Watch Active was released in March 2019 and a few short months later, we were spoiled with the second edition. Therein lies the million-dollar question: Is it worth the upgrade? When it comes to new features, there’s some good stuff to look forward to. With that in mind, the first edition is still a very capable smartwatch and it’s also much more affordable. 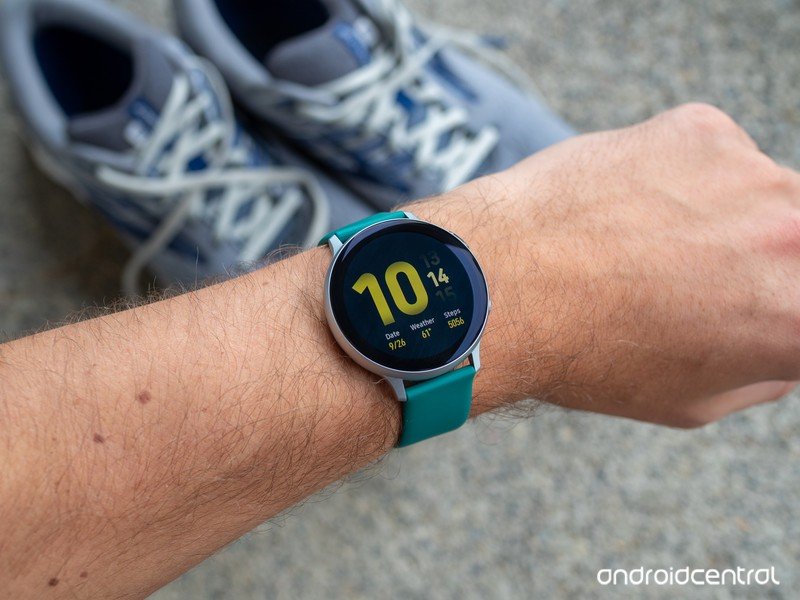 These two smartwatches have a lot more in common than their names. They’re both packed with excellent features such as fitness tracking, heart-rate monitoring, built-in GPS, smartphone notifications, and Samsung Pay. However, some slight improvements make the upgrade to the Galaxy Watch Active 2 worth considering.

You’ll also have a new real-time electrocardiogram feature that helps to monitors irregular heartbeats. We should note that even though the watch has been on the market for well over six months now, this feature isn’t available yet, so stay tuned for more details on when it’ll be rolled out. Additionally, there’s a more accurate LED-based heart rate monitor, an advanced accelerometer, and improved GPS accuracy.

Samsung is also adding cuffless blood pressure monitoring to the Galaxy Watch Active 2 when paired with the new Samsung Health Monitor app. No word yet when or if this will be available in other countries outside of South Korea.

The most significant change: optional LTE connectivity. The Galaxy Watch Active 2 receives notifications from apps on your phone as usual, but the LTE model has enhanced support for apps like YouTube and Twitter. This means you can watch video clips and interact with tweets right from your wrist without having to connect your phone. You’ll also be able to make calls and send and receive texts with this feature, all without having to trot your phone around with you on workouts.

Did we mention that the rotating bezel feature is finally here and it’s better than ever? One of the most crucial upgrades is the new digital rotating bezel, which allows you to seamlessly navigate the Active 2 interface while maximizing the screen size. It’s located directly on the AMOLED screen without any clunky moving parts to worry about. You can turn it both clockwise and counter-clockwise to advance screens and select apps. It’s worth noting that this stand-out feature is no longer exclusive to the second edition, but we’ll get to that shortly.

There aren’t many changes when it comes to fitness and health tracking. However, the improved Running Coach feature now offers real-time pace metrics. You’ll get a breakdown of what to expect from your workout session before you begin. Whether you’re walking, jogging, or running, the feature coaches you with audio cues that can be heard through the watch speaker or Bluetooth headphones. 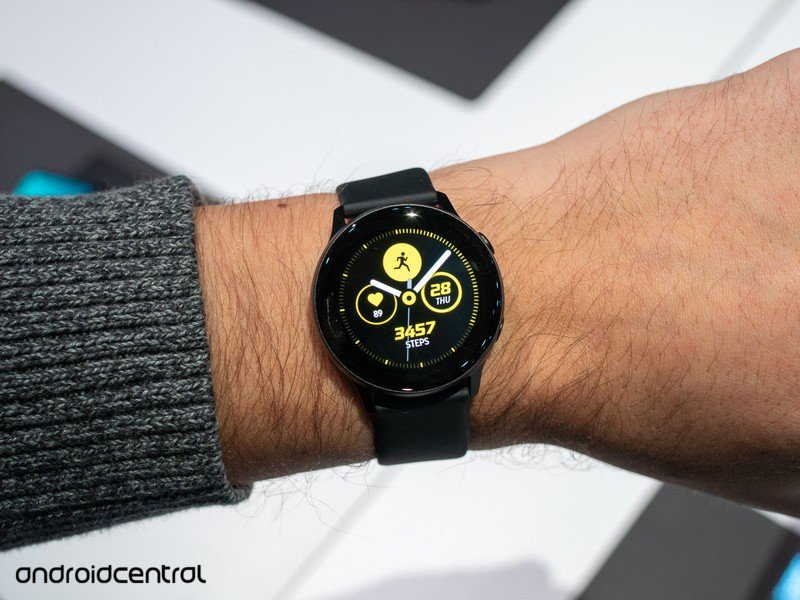 However, the latest update now makes this once-unique feature available on the predecessor as well. Unless you’re thinking about investing in the Watch Active 2 for the larger 44mm size option, the pending ECG or blood pressure monitor feature, or the optional LTE connectivity, it’s hard to imagine why you’d spend so much more on the successor. You still get all the same tracking and smartwatch features that are available on the original watch, after all.

Many of the features that made the Watch Active 2 special are now available on the original Watch Active.

The update does more than introduce the capacitive bezel to the Galaxy Watch Active. The original Watch Active now has the new ‘My Style’ function as well, which allows users to customize watch faces to match their outfit. On another note, once the software update is downloaded, users will be able to take fuller advantage of what Bixby offers, including the ability to use Bixby Voice to start exercise routines. Many of the features that made the Watch Active 2 special are now available with the first edition.

Finally, the activity tracking mostly remains the same on this new successor. It can still track over 39 workouts, monitor sleep patterns, and help manage stress along with guided meditation. As you can see, the Galaxy Watch Active is still an excellent wearable and a worthy competitor, but the new edition does offer some extra perks to a very specific audience. 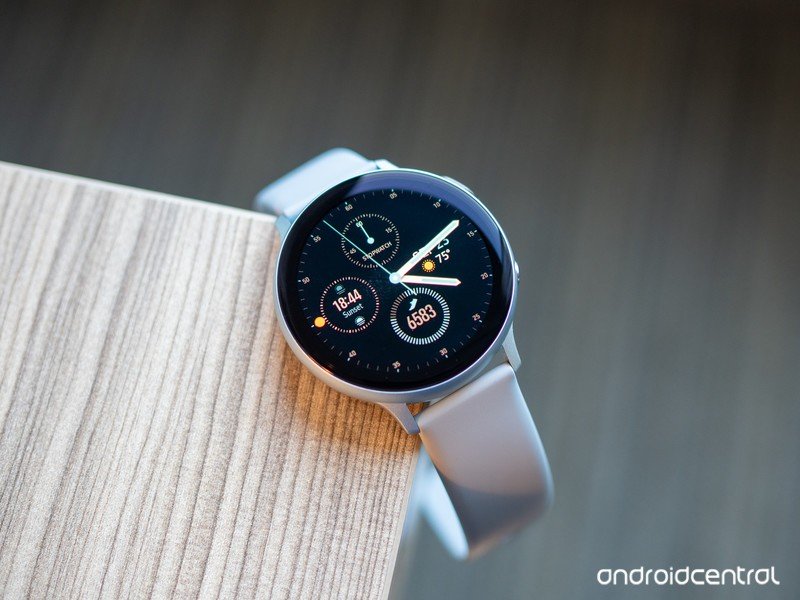 If all of these improvements and features are speaking directly to you, then the upgrade might just be worth it. You’ll also have two different size options: 40mm and 44mm. The larger size is great for those with bigger wrists, and it boasts a gorgeous 1.4-inch display. There are also two different styles: lightweight aluminum with a soft fluoroelastomer band and premium solid stainless steel with a leather strap.

If you’ve been anxiously awaiting an LTE-friendly fitness smartwatch and you’re already comfortable with the Galaxy ecosystem, the upgrade makes sense. You’ll enjoy some of the other new perks that it comes with as well, like the ECG feature, improved sensors, and a larger size option, to name a few.

When you compare these two models, you may find yourself leaning toward the feature-packed Active 2. You’ll appreciate all the new updates and the thoughtful attention to the details that matter most. We’d recommend going for it if you were less than satisfied with the original Galaxy Watch Active. Those who are content with the original Galaxy Watch Active and don’t need ECG or LTE might not want to spend the extra money.

The price of the new smartwatch varies by the model you choose. The 40mm aluminum Bluetooth-only edition is the most affordable of the bunch. When you opt for the larger 44mm model or you choose to add LTE connectivity, the price will go up from there.

Filling in the blanks

This beautiful smartwatch may look similar to the original, but it’s bringing a lot more heat. Passionate athletes won’t want to pass on the new ECG, improved sensors, or the LTE connectivity.

Stick to the basics

For those who miss the rotating bezel and have been waiting for an LTE version, it might be time to part with the Galaxy Watch Active. However, if you’re content with the original, why pay more to upgrade?